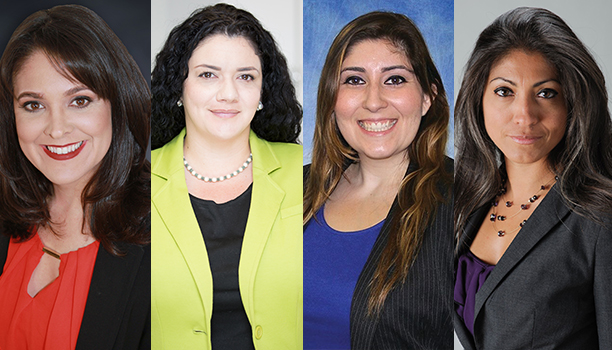 WHITTIER –  A quartet of Los Angeles area attorneys whose practices range from child advocacy, DUI and eviction to family law, bankruptcy and criminal law will headline a two-hour panel on law school and legal careers at 3 p.m. Thursday, April 13 at Rio Hondo College.

The panel is being organized by Rio Hondo College’s Pathway to Law School program, one of 28 such programs hosted across the state that guides students from community college, through four-year institutions and into law school.

“Our Pathway to Law School program represents the kind of innovative, career-focused education that has become emblematic of Rio Hondo College,” Superintendent/President Teresa Dreyfuss said. “This panel will be a great resource for the dozens of students are currently involved in our program.”

The Pathway program launched in 2014. So far, Rio Hondo College has graduated its first cohort from the program; the second cohort will graduate this spring.

Speakers at the two-hour panel represent a diversity of practices and backgrounds:

Blanca Pacheco, a Loyola Law School graduate: Pacheco, who is also a Downey city councilwoman, specializes in living trusts, probate, DUI and eviction cases. She is a long-time resident of Downey who attended public schools in the community. She received her Bachelor of Arts from UCLA, passed the bar in 2003 and opened her law practice in 2006. Pacheco is a member of Gangs Out of Downey and is the supervising attorney in Teen Court, which she helped to open in Downey.

Devon Rios, a UCLA School of Law graduate: Rios, who attended Rio Hondo College and UCLA, earned her undergraduate and law degrees while supporting and raising a young family. Her practice concentrates on special education and educational advocacy, including detained youth, foster youth and families seeking guidance on advocating for their children. She frequently mentors students from diverse backgrounds on navigating higher education options. She chairs the board of the Via Care Community Health Clinic in East Los Angeles and served as an elected community representative for the Best Start East Los Angeles Governing Council in 2013.

Noreen Barcena, a University of La Verne College of Law graduate: Barcena earned a Bachelor of Arts from Pitzer College and has been practicing criminal defense, family law and immigration law since December 2012. She is an executive board member of Ferias Legales, a nonprofit that helps underserved communities in Los Angeles and the Mexican-U.S. border. She is a former executive board member for the Mexican American Bar Association and a frequent volunteer at legal clinics and mentor to middle school and high school students. Barcena is a big sister for the Catholic Big Brother and Big Sister program, and often offers her expertise for Hoy newspaper.

Claudia Osuna, a California Western School of Law graduate: Osuna attended Cerritos College before transferring to UCLA, where she received her bachelor’s degree. She earned her law degree in 2009. Osuna is co-founder of Osuna & Dotson Law Firm, which handles cases throughout Southern California cities and counties. Osuna specializes in family law and criminal defense. Her firm has dedicated extensive hours in pro bono work for the community. Prior to establishing her own law firm, Osuna worked as a paralegal, specializing in personal injury, worker’s compensation, bankruptcy and family law. As the daughter of an immigrant single mother, Osuna has aspired to help the immigrant community and those of low resources.