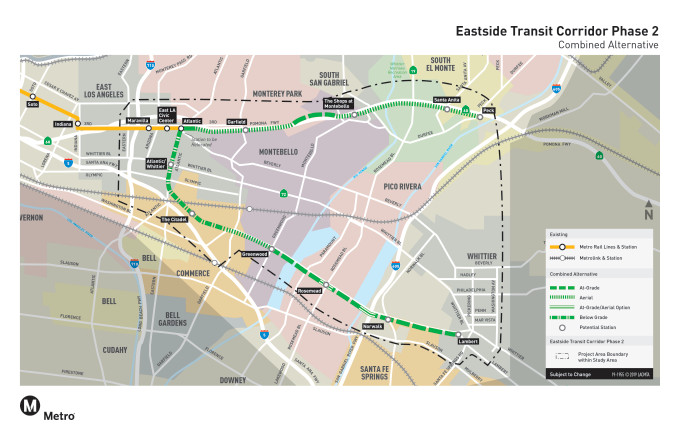 WHITTIER – Río Hondo College’s Board of Trustees on Feb. 19 added its voice of support to the proposal to extend Metro’s Eastside Gold Line along Washington Boulevard instead of a route along Highway 60, saying the first option is easier to build and provides robust ridership opportunities.

The light rail extension would run through Pico Rivera, Santa Fe Springs and end in Whittier – all communities served by Río Hondo College. The area is densely populated with low-income, mostly Latino residents.

Metro had been studying the possibility of lines along both routes, but its staff recently recommended focusing instead on just the Washington Boulevard route after studies discovered challenges with the Highway 60 route.

The College’s resolution states that the Washington Boulevard route could be accelerated so that it would be open in time for the 2028 Olympics.

The route would boost ridership, connect neighborhoods, spur economic development and strengthen partnerships with local jurisdictions, according to the resolution.

In addition, the trustees said they support the creation of a feasibility study to evaluate other transit options to serve the needs of the San Gabriel Valley.