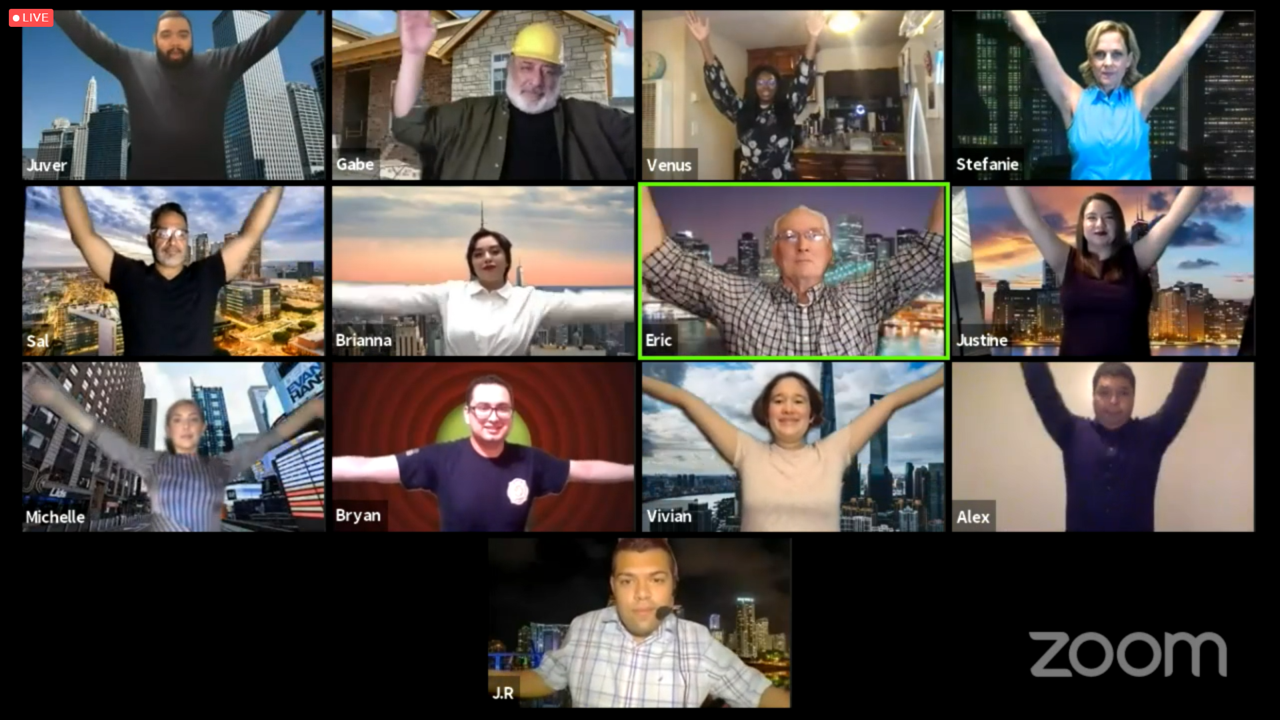 WHITTIER – Live theater returned to Río Hondo College, with two rousing performances of the Broadway musical “Working,” livestreamed via Zoom on Aug. 6 and 7. The online production was highlighted by spirited and emotional performances, allowing audiences to enjoy live theater in their own home.

Based on a book written by oral historian Studs Terkel, “Working” is a series of vignettes that tell the stories of everyday Americans in their own words, with songs written by Stephen Schwartz, James Taylor, and Lin-Manuel Miranda. Professions range from long-haul truckers to restaurant servers, call center workers and flight attendants.

“We did it!” William Korf, Río Hondo College theater professor and “Working” director, said. “When the show was over the cast was ecstatic, clapping and cheering for each other, because most of us had done anything like this before. There was a lot of stress involved, but also a lot of trust. Anything can happen in theater, and I am very proud of their effort and performances.”

For the livestream, cast members had to convert their living spaces into tiny theaters, singing and performing in front of a web camera instead of a live audience. The actors also had to serve as their own stage tech, cueing up prerecorded music prior to each song, changing their Zoom background for each scene, arranging their own lighting, and blocking out background noises.

“This was definitely my biggest challenge. There was no crew, it was just me by myself,” Lopez said. “I would give this experience a ’10’ out of ‘10’. What I love about Río Hondo College theater is that we rise above adversity. I appreciate so much that Mr. Korf wanted to stage a live production. Nothing beats the thrill of being live, for the actors and the audience.”

During the online production, Lopez worked behind the scenes supporting the cast, making sure they had the correct background, that their cameras were pointed in the right direction and keeping them online if they encountered a Wi-fi issue. Lopez also served as an offscreen narrator and appeared in costume during the ensemble performance of “The Millworker.”

Discovering a love for stagecraft at Río Hondo College, Lopez embraces the camaraderie and teamwork that develops over the course of a production. Her love for theater took her to Scotland as part of the Río Hondo College cast and crew of “Hollywood Summer Christmas Show,” which was staged at the 2019 Fringe Festival in Edinburgh.

For its next production, the Río Hondo College drama department will stage a radio play adaptation of Alfred Hitchcock’s thriller “The 39 Steps”.

“Congratulations to William Korf and his talented cast and crew for presenting two nights of amazing live theater to the Río Hondo College community,” Superintendent/President Teresa Dreyfuss said. “This is a watershed moment for Río Hondo College theater, which provides opportunities for students to develop their talents and pursue their passions.”