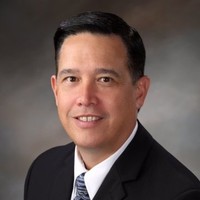 Mark Yokoyama began his career in public service in 1987 when he became a Police Officer with the La Palma Police Department in Orange County, California. Over the course of the next thirty years Yokoyama worked for California Police Departments in La Palma, Newark, Cypress and Alhambra working varied assignments, supervisory and command positions and serving the last eight years of his policing career as the Chief of Police in the City of Cypress and the City of Alhambra. Throughout his policing career Yokoyama has been credited for enhancing Community Oriented Policing and community engagement through various community programs and innovative outreach initiatives, as well implementation of contemporary policing practices and policies. During this time, he has also received awards and national/international accolades for his progressive and contemporary use of technology in effort to build police community relations and policing practices.

In May 2016, Chief Yokoyama was appointed the City Manager for the City of Alhambra in Los Angeles County where he oversaw the day-to-day operations of ten City departments, including municipal Police and Fire Departments. With after over thirty years of his public service career in municipal government, Yokoyama retired in November 2017. Thereafter, in December 2017, Yokoyama accepted the position of Dean with the Department of Public Safety at Rio Hondo College.

Yokoyama holds a Master’s Degree from the University of Southern California and California State University Dominguez Hills; and a Bachelor’s Degree from the University of La Verne. He is a graduate of the FBI National Academy, P.O.S.T. Command College, and the Senior Management Institute for Police. Yokoyama has also been an adjunct faculty member to several community colleges in Southern California as a lecturer and police academy instructor for thirty years. He is also the Past-President of the California Peace Officers Association (CPOA). Professionally he is a member of the FBI National Academy Associates, the International Association of Chiefs of Police and the California Police Chiefs Association.