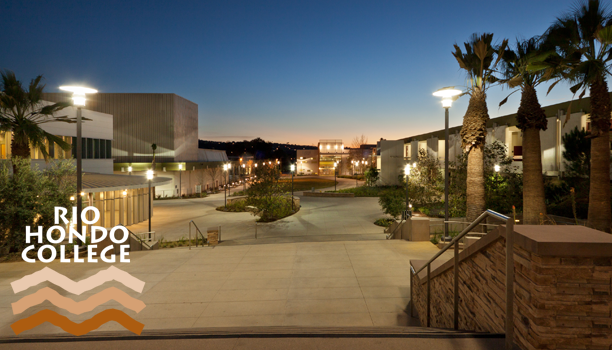 WHITTIER – The Rio Hondo Community College District Board of Trustees is pleased to announce that, after a nationwide search, five finalists are moving forward in the superintendent/president search process.

The College invites community members, faculty, staff and administration to learn about the candidates during a public forum from 1 to 5:45 p.m. Monday, May 6 in the Campus Inn, 3600 Workman Mill Road, Whittier.

The next superintendent/president will succeed Teresa Dreyfuss, who will retire June 30 after 32 years of service to Rio Hondo College. The Board of Trustees will hold its interviews on Tuesday, May 7 and is expected to make a final selection on Wednesday, May 8.

Dr. Patricia Hsieh is in her 14th year as president at San Diego Miramar College. She previously served as interim president and vice president of student services at Sacramento City College. Hsieh studied at the Harvard University Management and Leadership in Education Program and Institute for Educational Management. She received a doctorate in institutional management focusing on community college administration at Pepperdine University, a master’s degree in guidance and counseling from Wayne State University and a bachelor’s in western languages and literature from Chengchi University in Taiwan.

Marvin Martinez serves as president of East Los Angeles College. He also serves as board president of the Chief Executive Officers for California Community Colleges. Previously, he served as president of Los Angeles Harbor College from August 2010 through July 2013. A native of El Salvador, he immigrated to Brooklyn, New York and then moved to Long Beach, where he graduated from Long Beach Wilson High. He holds a Master of Arts in urban planning and a Bachelor of Arts in English from UCLA.

Dr. Cynthia Olivo is vice president of student services at Pasadena City College. She is president-elect for the Statewide Chief Student Services Officers of California Community Colleges. Dr. Olivo is an adjunct faculty at the University of Southern California Rossier School of Education Doctoral Program. She completed the Harvard Institute for Management & Leadership in Education and the American Council on Education Advancing to the Presidency Program. She earned a Bachelor of Arts in psychology and a Master of Science in counseling from California State University, San Bernardino. She earned a doctorate in education with an emphasis in urban leadership from Claremont Graduate University in 2009.

Dr. Arturo Reyes has served as superintendent/president of Mendocino College in Northern California since 2013. Prior to Mendocino College, Dr. Reyes served as executive vice president of academic and student affairs at the Solano Community College District, interim president and vice president of academic affairs at San José City College and dean at the California Community College Chancellor’s Office in Sacramento. Dr. Reyes was a Spanish professor and coach at Cosumnes River College before serving as the college’s dean of humanities and social sciences. He holds a doctorate in educational leadership from UC Davis, and a Master of Arts in education and an administrative services credential from California State University, Sacramento, where he also received Bachelor of Arts degrees in communication studies and spanish.

Dr. Alberto Román is vice chancellor of human resources at the Los Angeles Community College District (LACCD). Prior to LACCD, he worked as vice president for the Southwestern Community College District. He has also worked as an assistant superintendent and as director of human resources and has taught at the community college level. Prior to these positions, he worked as a congressional representative for the federal government and field representative for the California Senate. He holds master’s and doctorate degrees in public administration from the University of La Verne, and a bachelor’s degree in political science from UC Riverside.

Nestled in the hills above Whittier, the District was created in 1960 and opened its doors for instruction in 1963. As a comprehensive community college, Rio Hondo offers rich slate of academic programs, including a four-year degree in automotive technology and a Pathway to Law School Program. Its award-winning career and technical education programs include a partnership with Tesla, nursing, fire and police academies, alternative fuels and other automotive tech training, basic skills courses and a deep program of student services. Rio Hondo College also offers a rich complement of community service programs on campus and at satellite locations.

In 2018-19, the District’s general fund budget totals about $116 million. Included in that amount are several state and federal grants that fund a variety of innovative college projects. The District employs nearly 1,500 including part-time faculty and classified staff.