Communications Regarding the Coronavirus (COVID-19) 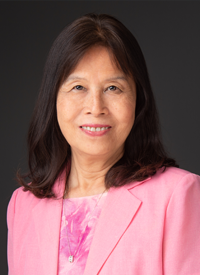 Ms. Dreyfuss has been working at Río Hondo College since 1987. Over the years she managed to work from Senior Accountant to Superintendent/President of Río Hondo College. Managing a college is a major commitment with many responsibilities, yet she has been able to volunteer in the community she has worked for so many years.

She has been instrumental guiding the $250 million facilities construction program, known as ‘Measure A’ which is nearing completion and which has transformed the aging hilltop campus into a modern institution including three educational centers to provide access for underserved areas of the Río Hondo College service area.

Under her leadership, her major accomplishments at Río Hondo College are as follows:

Ms. Dreyfuss holds a MBA from the University of Laverne and a Bachelor’s degree from the University of Chinese Culture, Taipei, Taiwan. She has worked as a part-time instructor at both Río Hondo College and Los Angeles City College, teaching accounting and business classes for 10 years. She has also worked at Riverside Community College District as Director of Business.

Currently, President Dreyfuss is a member of the Soroptimist International of Whittier and Soroptimist International of El Monte/South El Monte, Whittier Historical Society, American Association of University Women. She is also Vice Chair of the City of Whittier’s Sister City Committee, Senior Advisor to the L.A. Positive Chinese Association, as well as a Board Member of the Chinese Culture, University Southern California Alumni Association, and faculty member at the Leadership Development Program for Higher Education. Ms. Dreyfuss also serves as the Committee Chair and auditor appointed by Alhambra/San Gabriel Elks Lodge.